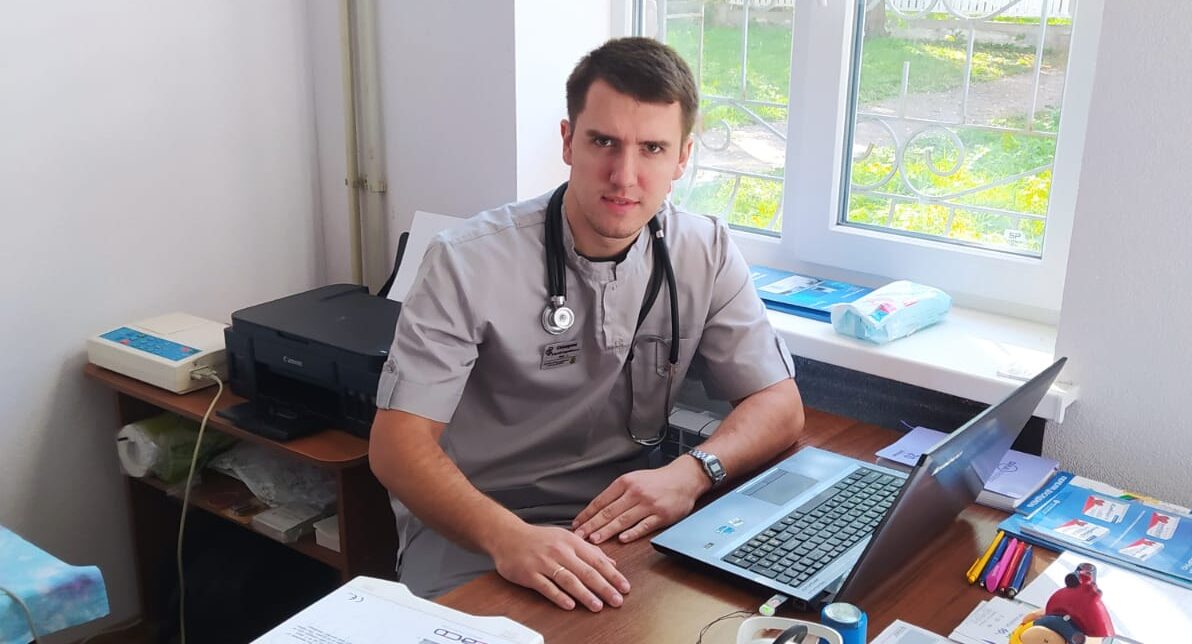 Serhii Severyn is a cardiologist from the town of Avdiivka in Donetsk region. Serhii is a brave and strong in spirit person: he was working near the frontline during all eight years of war.

But after February 24, 2022, everything changed. Active hostilities have started in Serhii’s native town of Avdiivka, so he had to move to the town of Zhovti Vody in Dnipropetrovsk oblast.

“The most unbearable feeling for a doctor is a feeling that they can not help other people, – that’s how Serhii describes his experience in a new place. – All of my medical equipment was left in Avdiivka.”

However, he did not give up. In April, Serhii started to provide medical consultations to the locals and internally displaced persons. Taking into account the problem of chronic stress, such services were more than useful and timely for people.

“I was thinking all the time about how I could get my equipment from Avdiivka. However, due to constant shelling, it was difficult to get there,” – says the doctor.

On June 5, 2022, the trip became unnecessary. Russian artillery destroyed my workplace and everything that was there. Together with his workplace, Serhii lost his house.

Serhii says that this news affected him awfully. However, everything got better as Serhii was notified that he would receive financial aid to support his entrepreneurial activity.

The micro-grants program for small businesses was designed for such people as Serhii – entrepreneurs who carry out critical activities during the war.

Within the program, 300 winners of an open competition receive an equivalent of euro 4000  to buy necessary equipment or raw materials, pay salaries and so on.

“I used grant money to buy a Holter ECG monitor and a printer, – says the doctor. –At this stage, I needed this equipment to improve the quality of diagnosis and treatment of patients with a cardiac profile.”

Providing micro-grants for small businesses became possible thanks to the Program “EU4Business: SME Competitiveness and Internationalisation,” co-financed by the European Union and the German Government and implemented by the German Federal Company Deutsche Gesellschaft für Internationale Zusammenarbeit (GIZ) GmbH.

The mechanism was developed jointly with the Ministry of Digital Transformation of Ukraine, the Ministry of Economy of Ukraine, Diia Portal, the Entrepreneurship and Export Promotion Office, and the National Project Diia.Business. International charity organization East Europe Foundation is the implementing partner of the microgrant initiative.