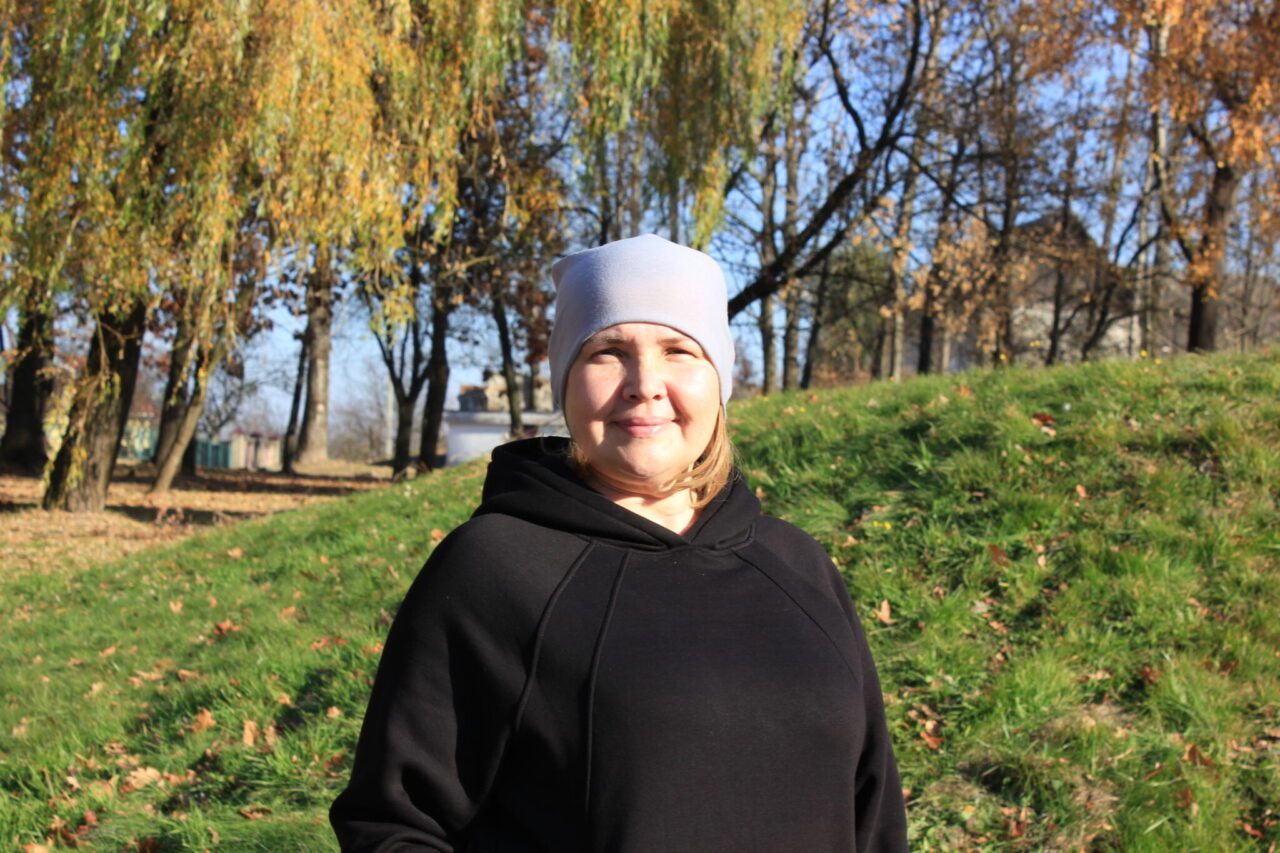 When Natalia Zakharova was participating in the Coaching Programme, which is a part of an EU-funded project implemented by East Europe Foundation “3D Project: Development Despite Disruption”, Natalia Zakharova, CEO of a CSO called UFRA, overcame challenges both in the work of her community organisation and in her own work. She talks about how coaching helped her to begin to accomplish more than she even expected of herself.

Natalia Zakharova runs UFRA, a community organization in the city of Kalush in Ivano-Frankivsk Oblast. Having worked with a coach before, she was convinced that she would not feel any major changes this time. However, the opposite turned out to be the case when she joined the Coaching Programme. The result was that UFRA’s director saw positive changes both in her own work and in that of her team.

After every session with the coach, Natalia talked with her team about what she had heard and felt that they also were in accord with it. “For a community organisation, this kind of project is pretty useful, because it helps consolidate people,” she says. “We’re all moving towards the same goal, but it’s really important that each one of us have our own resources, and understand our role and our own growth. With this kind of support, it’s possible to get there.”

Natalia’s coach, Anna Braikovska, adds her thoughts: “The 3D Project’s Coaching Programme is aimed at developing leadership potential among community activists and to reduce the consequences of the pandemic that could have an impact on the performance of a team. The coaching approach raises the quality of interactions and the level of motivation in the team.”

The main need that the UFRA CEO had when she joined the coaching programme was to preserve the organisation and ensure its long-term growth. Because of ill-wishers who were extremely sceptical of change and of activists in Kalush, it had become really difficult to implement their ideas. What’s more, it was hard to uphold their reputation, and to demonstrate that the city was changing for the better and that the civic sector was playing an important role in this process.

While she was working with the coach, Natalia suddenly got an idea how to fix the situation that had been developing and the “I Honour Kalush” project was born.

“We decided it was time to do something to dampen the wave of negativity and promote the positive instead,” said UFRA’s leader.

The UFRA initiative plans to involve school kids in taking interviews with city residents and asking them what they see that’s positive in their community. These themes will then be discussed on the local television channel. “Our task is to get rid of the negative and focus on positive moves for Kalush,” says Natalia. “These broadcasts should help shape several new directions that the community can take. It’s important for us to do something, and not just talk.”

“Time to act” can be seen as the slogan of activists in every area of life. Not long after Natalie joined the Coaching Programme, she found out that she had cancer. Still, having talked to her team first, she decided not to refuse the opportunity.

“After talking about it, we concluded that challenges are given to us so that we can overcome them and grow,” says Natalia. “This project from the East Europe Foundation is a part of my life and my life continues.”

One of the outcomes of the coaching programme was the development of a chatbot for the Kalush community. UFRA is also participating in another component of the 3D Project, its granting support for the development and implementation of civic tech solutions. The Kalush chatbot was developed thanks to a grant from the East Europe Foundation, providing an instrument for locals to quickly get in touch with City Hall and utility companies.

“Given the pandemic situation, many people were forced to stay at home and so they had no way to turn to municipal authorities,” says Natalia. “Our chatbot now helps them to always be in contact, without any obstacles.”

Coaching offers a chance to see new solutions to old problems Coach Braikovska explains: “The client looks at the situation from a different, unfamiliar angle, and this affects their further planning and strategic decisions. Even a single session can provide a trampoline for embodying plans and ideas.”

As an example, as part of the Coaching Programme, the UFRA CEO took a second look at her approach to a project on financial literacy among kids. The project did not have enough financing and remained on paper at that point. But thanks to her work with the coach, Natalia saw a way out. “The community itself can invest a small amount in those projects that it deems necessary and worthy,” she says. “I understood that we can and should shape a culture of voluntarism and to call on people to charitable work.”

UFRA put together 12 project ideas to participate in the coaching programme. The team was convinced that it could work in parallel on at most three of them. However, after the coaching, they saw the light: if everything was delegated properly and outside support involved, they could actually carry out all 12 initiatives at the same time.

At this point, the CSO has launched all of their planned projects. “This is the effect of coaching,” Natalia concludes. “When you realize that you can do a lot more than you ever imagined yourself doing.”