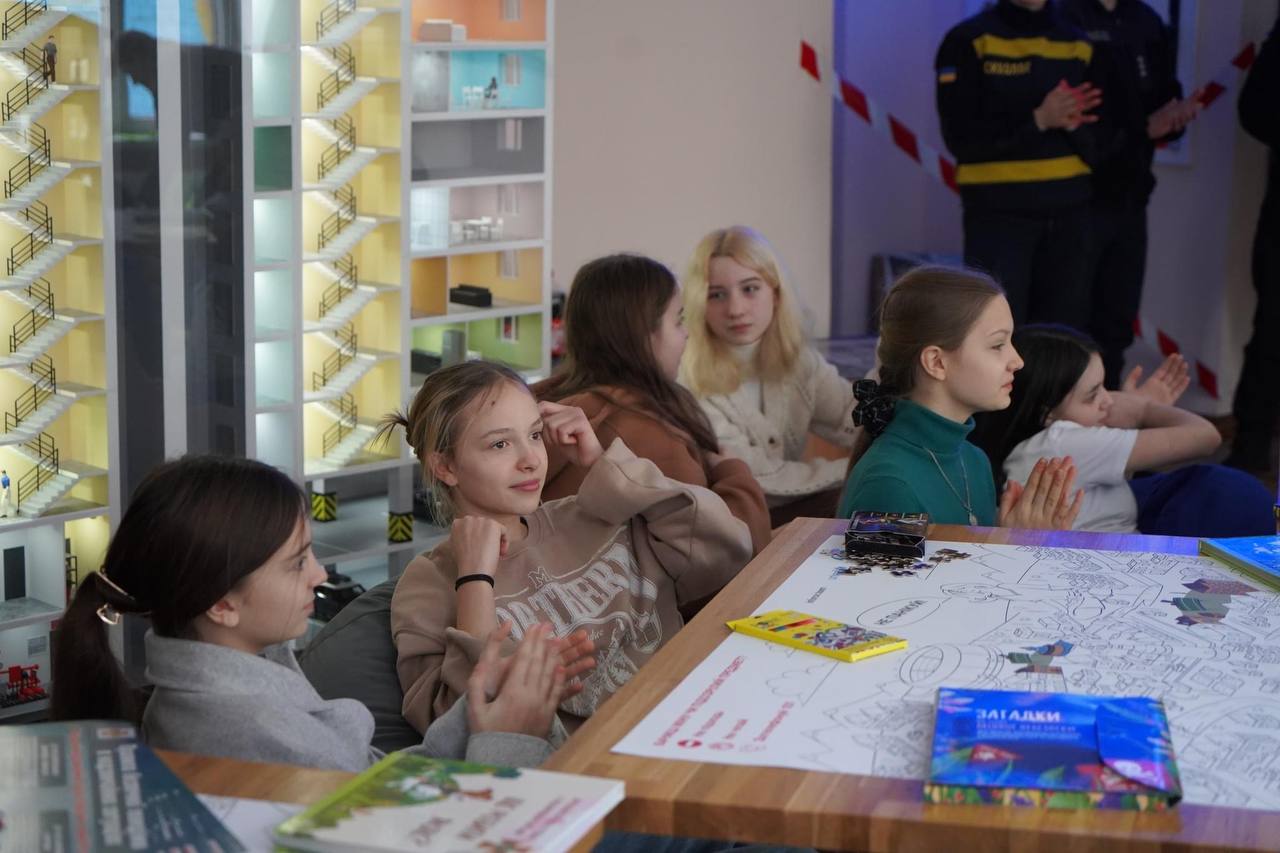 “Until recently, such topics as civilian population protection and other related topics, such as procedures to follow in case of  fire and other emergencies, or household and landmine safety, were not typical areas of  our activity,” says Victor Liakh, President of East Europe Foundation. “However, what is special about our organization is the ability to respond quickly to the needs of society.” With these words, Victor Liakh opened a new safety training class in Kyiv today.

Indeed, for Ukrainians, security and protection have become central topics this year. Ultimately, safety and protection of children comes first. The Foundation, together with its partners, managed to implement the Safety Class Project. Its main goal is to teach schoolchildren the basics of safe behavior, how to protect themselves from possible hazards. What makes this project special is that the content is presented in a way that is both educational and fun for children.

“Safety classes are equipped with interactive tools to unleash children’s creativity. In the class, there is an area for viewing educational videos. There is a demo home with a dining room, children’s bedroom, bathroom or a boiler room. The house model features various appliances that can be damaged in the fire or cause its occurrence,” said Roman Prymus, deputy head of the State Emergency Service.

Hazard simulation in a safe environment helps children learn what should and should not be done in an emergency situation. During the classes, students will be able to wear the protective uniform of professional firefighters and feel like real heroes-rescuers.

Today, during the opening of the safety class in Kyiv, the first lesson was held for  school children. The State Emergency Service professionals told students about fire safety rules and conducted simulation exercises to explain to children what to do in case of an air alarm signal and what should be contained in a children’s emergency suitcase. The professional deminer told children about explosive ordnance and landmine safety, whereas the National Police representative explained about safety measures on the road.

In addition, during the class children were offered games, quizzes, exercises and even an unexpected greeting from St. Nicholas. The children were very satisfied and, of course, expanded their knowledge of safety rules. Ultimately, this is the main goal of the project.

The “Safety Class” was organized by the State Emergency Service of Ukraine with the support of East Europe Foundation within the framework of two of its Programs – Watch Your Step! and Spilnodiia funded by DanChurchAid and the European Union.