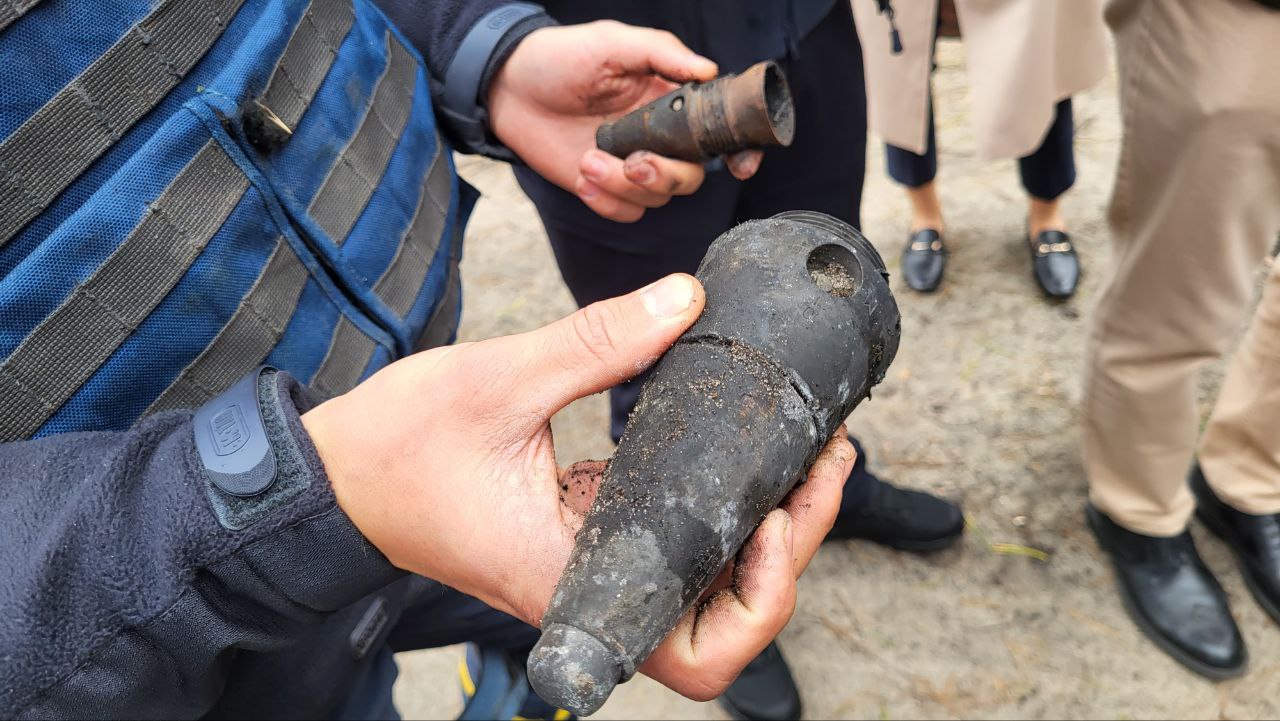 Recently, our team has made a visit to Kyiv region to see the former base of the Russian enemy in the vicinity of Nemishaeve village. On this visit, we were honored to join Birgitta Kvist-Sorensen, general secretary of DanChurchAid and her colleagues, as well as representatives of the State Emergency Service of Ukraine.

In the spring 2022, the forests located in three kilometers around Nemishaeve village were converted into the Russian invaders’ command post and the ammunition depot. Ironically, nowadays this place remains a dump area of the enemy’s trophies such as stolen washing machines burnt completely as the Ukrainian Army covered this area with fire when ousting the occupiers from their forest garrisons.

In Yelizarivka village, near Nemishaevo, the engineering unit of the Russian army was stationed. They mined all the forest roads around their stronghold using anti-tank mines. Unfortunately, one of our reconnaissance units accidentally came across the anti-tank mine. At present, mine clearance units deployed by the State Emergency Service are working in this area to clear it from the landmines.

The area north of Kyiv is rather difficult for sappers: the enemy left a lot of mines in the vicinity of the villages of Kukhari, Borodyanka, Yelyzarivka and, Ivankiv. By the way, deminers are helped there by foresters who attended our landmine safety training.

“It must be hard for you to see your native forest in such a state, isn’t it?” –  Ms. Birgitta asked Andriy, the mine identifier.

It is hard to realize that in the era of incredible technological discoveries, a country ruled by a dictator is waging war on the whole of Europe, starting with Ukraine. We have to overcome the consequences of the war and be as careful as possible: the State Emergency Service advises against going to forests, plantations, large parks in the de-occupied territories. Yet, if you are going there, check the territory for mine contamination using the Demining Ukraine application.

East Europe Foundation, together with the State Emergency Service, conducts landmine safety training within the framework of the Watch Your Step! Program implemented with funds from DanChurchAid.