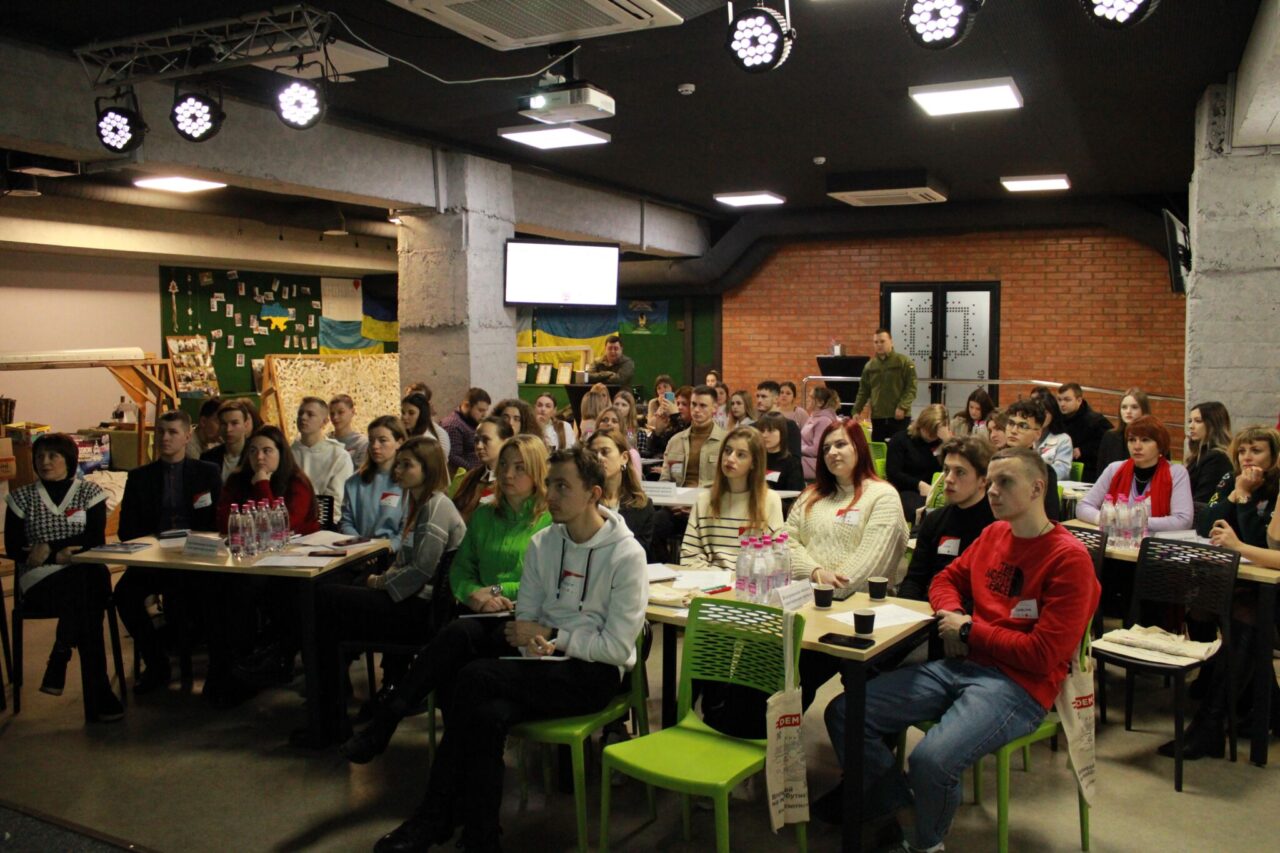 On January 13, a training session themed Implementation of Electronic Democracy Tools for Youth Councils was held in the city of Vinnytsia within the framework of the EGAP Program.

It was attended by representatives of youth councils from the city of Vinnytsia and other communities of the oblast, namely Lityn, Pishchanka, Koziatyn, Tulchyn, Trostianets, Bershad, Viitivtsi, Kalynivka and Zhmerynka. They were joined by young people from other localities of Ukraine: Lviv, Ivano-Frankivsk, Zhovkva, Yuzhnoukrainsk, Boryspil, Lutsk and Kolomyia.

During the 4-hour session, its 75 participants explored the tools of e-democracy for young people, and also heard about interesting cases of communities actively implementing them.

The second part of the session was interactive, allowing members of the youth councils to learn to work with an electronic survey tool.

Each team had to identify a topic, assess resources and present an action plan for how it would implement the survey. The most popular topics were assistance for IDPs and inclusiveness, as well as the creation of youth spaces, which participants from some localities have been dreaming about for a long time.

Over the course of several months, we will monitor the survey implementation together with the Vinnytsia Oblast Military Administration. The youth councils that will have most success organising the collection of information in their communities will receive valuable prizes.

“Teaching young people, the principles of e-democracy is a long game of sorts. And although the training sessions partially take place in simulation mode, we remember that tomorrow these youths will go out and do real-life practical work. And their understanding of the principles of local governance will determine how your community will look in a year, three or five years,” says Andrii Kavunets, the CDTO of the Vinnytsia Regional Military Administration.

“The chief benefit of such training sessions is that they show what e-tools young people can use to be heard. After all, it is important that the spokespersons who represent the youth council in the city or oblast council are those who form it. This is the first step towards governing the country according to the European model,” says participant Daniil Kondratiuk, a member of the Vinnytsia City advisory body.