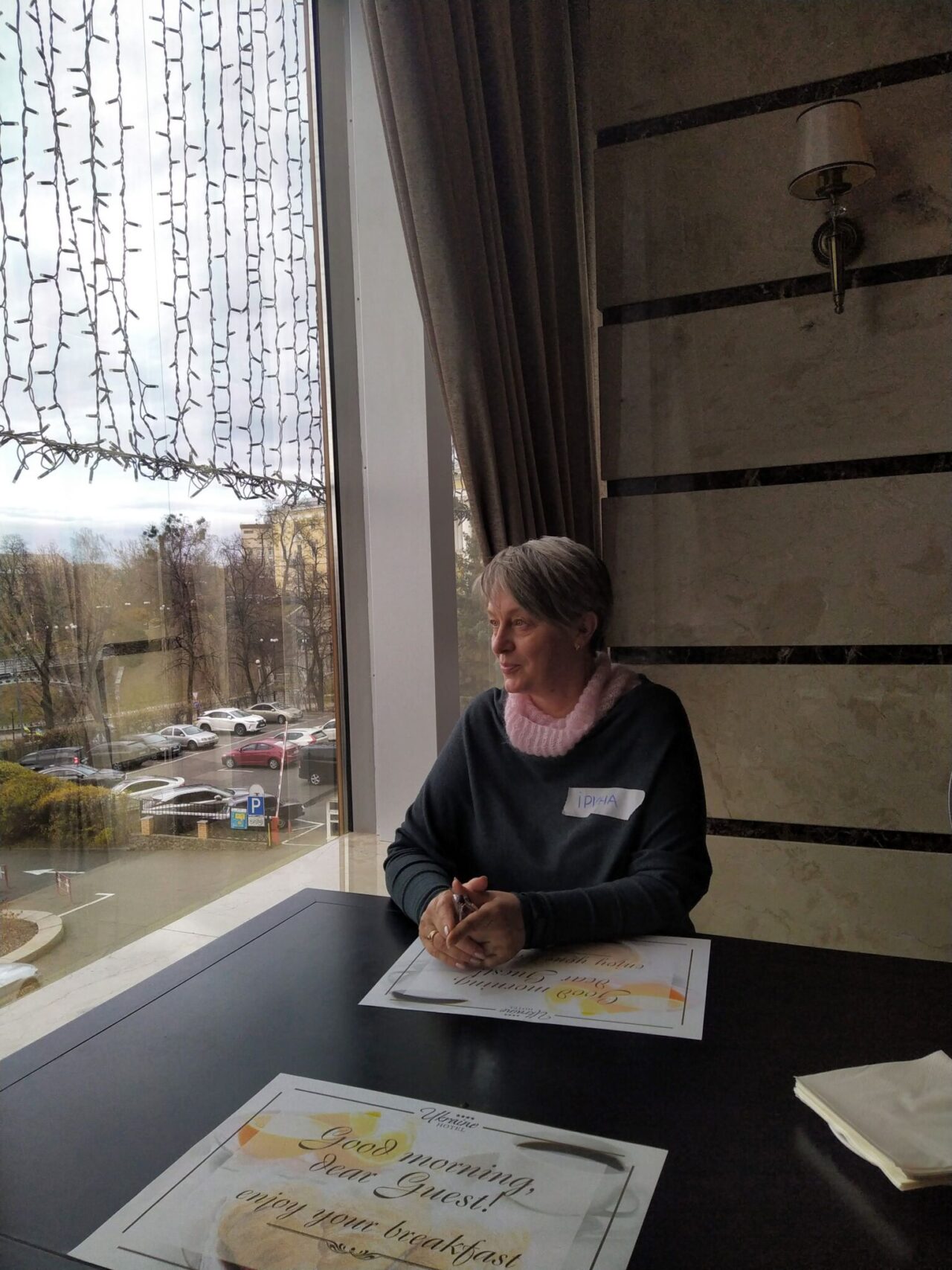 This community activist dreams of establishing a settlement outside Mariupol for 78 internally displaced families from the occupied territories. The knowledge that she gained from the Civic Leadership Academy is already helping her bring this dream to life.

Iryna Vorotnikova is herself Donetsk-born, but with the start of armed conflict, she moved to the capital. Here, she works with young people in the International School of Equal Opportunities and coordinates the work of the Gender Observatory. But she’s planning to return to Mariupol soon, where she will run a separate branch of the organization. Iryna came to the Academy precisely to gain knowledge about how to organize work and how to coordinate the setting up of a community of IDPs. In the end, though, she gained far more.

In addition to her NGO, Iryna has been working on constructing housing for the community of IDPs from occupied Donbas. “We’ve managed to finally get a plot of land in the Mariupol united territorial community (UTC),” she explains. “This was a great example of how you don’t need to wait for someone to come along and give you something, but you can go out and get it yourself.”

With ambitious goals for the future, she needed practical instruments for achieving those goals. That was what made her apply to the Civic Leadership Academy. “When I read how much the program was offering, I understood that this was exactly what I needed, with our plans and objectives,” she recalls. “When I got the letter inviting me to the Academy, I’m not ashamed to say that I jumped for joy.”

At the Academy, the activist gained enormous new knowledge about how to draft projects, how to evaluate them, and how to avoid mistakes. “Everything was handed to us on a silver platter,” she said. “All you had to do was take it and do something with it.” Iryna found the communication workshops especially valuable. What’s more, within the Academy program, she won a grant to put together a communication strategy.

Iryna had been wanting for a long time to get some advice on communicating from an experienced organization. She even had in mind an NGO called “Light of Hope” in Poltava. There, she had taken a short course on advocacy earlier and had wanted to deepen her understanding of how to write strategic documents. The voucher she received from the Academy made it possible for her to finally fulfill this wish: to learn with experts of her choice in Poltava and put together a communication strategy.

“Simply learning something is already good,” she says. “But the fact that the Academy also makes it possible to win a subgrant during the course is even better.”

Before the war began, Iryna had her own travel agency in Donetsk that organized mainly group tours. Forced to become an IDP, she says that this gave her solid experience working with people. Still, she says, “Tourism is one thing, but when you work with people who have the same intentions, the same dreams, it’s quite different.”

Iryna notes that what’s been especially valuable for her at the Academy has been setting up coalitions and working in teams. In her current project to set up a community of IDPs, she’s working with a broad range of people, but the Academy has taught “how to bring together very diverse people in a single organization.”

The coalition Iryna has initiated is called “A Dream of Pryazovia,” referring to the Azov Sea littoral region. Four organizations are part of this coalition and their main objective right now is to direct all their efforts in a single direction and to learn to collaborate to reach their goals. One thing that has really helped the coalition in this has been the support of a coach. Iryna admits that sometimes it’s not easy for a team to agree to something, especially when all the individuals are leaders by nature. “Our coaches gently redirected us and we learned not to contrast our ideas, but to look for common ground and to choose the best option that would reflect our common vision,” she explains.

For Iryna, the Academy provided a platform to start making her dream come true and the direction she needed to move in became clearer and more obvious. “I’m so impressed by the trainers,” the activist says. “They are all experts in their fields and it’s really fantastic to have people working with us who really know their stuff, not only know the theory but in practice. I filled five copybooks with notes!”

During the course at the Academy, the coalition prepared two projects for a community of 78 families of IDPs. One project is to teach people beekeeping and to set up an apiary on the property the community has obtained. The other project is about establishing a community association of those who will live together in this cooperative. “We want to set up a community that will be self-sustainable,” Iryna explains. “We’re planning for a farming cluster and our own production—even though none of us have had any prior experience in this.”

The coalition plans to submit to donors the beekeeping project that it drafted and worked up with coaches. In the near future, members of the IDP community will be going on a study tour to Israel, to learn from local experience in setting up clusters. Step by step, the Dream of Pryazovia is beginning to come true.