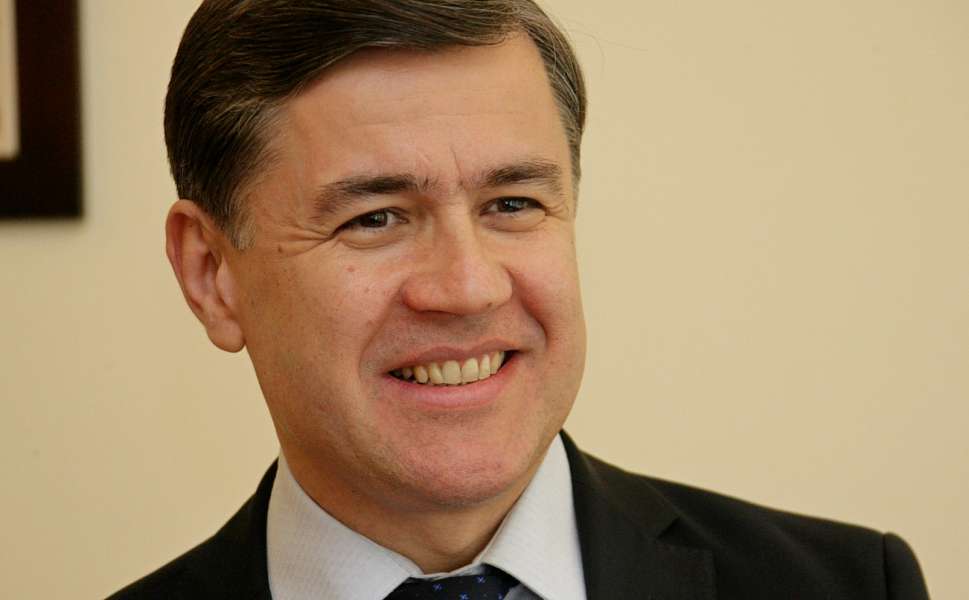 The “Responsible Accountable Democratic Assembly” (RADA) Program has been implemented by the East Europe Foundation for 7 years with the support of the United States Agency for International Development (USAID).

In the spring of 2020, a nationwide quarantine was instituted in Ukraine. The country went into lockdown as schools and kindergartens, cafés and movie theaters, public transit, and large-scale events all had to stop working. Most companies and institutions shifted to remote work.

But how can the work of an entire legislature be switched to remote mode? Can its uninterrupted and transparent activity realistically be ensured under these conditions? These questions faced Oleksiy Sydorenko last spring, as the director of the Computerized Systems Administration of the Office of the Verkhovna Rada.

“We understood that the situation needed solutions at two levels: the legislative and the technical,” Mr. Sydorenko recalls. “We not only had to provide the technical support for MPs to continue their law-making work, but we also needed to immediately review the entire legislative base, to see where there were gaps, and to propose a suitable response.”

The best options came from experts at the USAID RADA Program. First of all, the specialists offered a detailed analysis of possible amendments to the Law of Ukraine “On Verkhovna Rada committees,” and laws that related to plenary sessions. MPs were also given an explanation of which steps could not be taken without violating the Constitution and what options were available to overcome this problem. MPs then went ahead and amended the Law “On Verkhovna Rada committees.”

The technical aspect of the situation was was simpler. With support from USAID’s RADA Program, a consolidated electronic document flow system was already in place. It had three components: “Electronic committee meetings,” “Electronic agendas for plenary sessions,” and “Electronic bills of law.”

Our experts provided an analysis of the technical options for arranging remote work: what video-conferencing communications systems were available and which of those could potentially be used to organize VR committee work.

Once they had a look at the technical review, the Office of the VR turned to the USAID RADA Program with a request for training in how to use the proposed online platforms and solutions. A series of online seminars was set up that were then used as the basis for an additional series of video lectures. In addition, the USAID RADA Program purchased annual licenses in Zoom for every VR committee and the various subunits in the Office.

The results of this quick, coordinated cooperation between the Verkhovna Rada and the experts at USAID RADA, were clear, says Oleksiy Sydorenko: “During the quarantine, MPs were able to hold some 300 committee meetings in video-conferencing mode. What’s more, they had to deal with major challenges like ‘Kolomoyskiy’s amendments’ [to the bank law, of which there were something like 16,000!].”

Mr. Sydorenko says that these measures also made it possible to increase the publicity, transparency and accountability of VR committee work significantly. More than 95% of committee meetings were broadcast live online, which meant that every Ukrainian could listen and watch everything that was going on in real time, either on YouTube or on the Facebook pages of the various committee offices.

But most importantly, in Mr. Sydorenko’s opinion, was the fact that all these efforts made it possible for the Rada to draft bills much more quickly for review in the extraordinary sessions of the legislature that took place during the quarantine. As a result, the Verkhovna Rada managed to pass 37 bills between mid-March and June 20, 2020, 12 of which were directly related to combatting the Covid-19 pandemic.

Any given crisis is not just about problems; it’s also about opportunities to come up with something new. Without any doubt, remote work and online communications represent real challenges: cybersecurity, reliable internet coverage, an older generation not as accustomed to the internet, and online communication skills. Although resolving these problems has been a fairly urgent challenge for MPs and governments around the world, adapting to new approaches in the working process is mostly a matter of time.