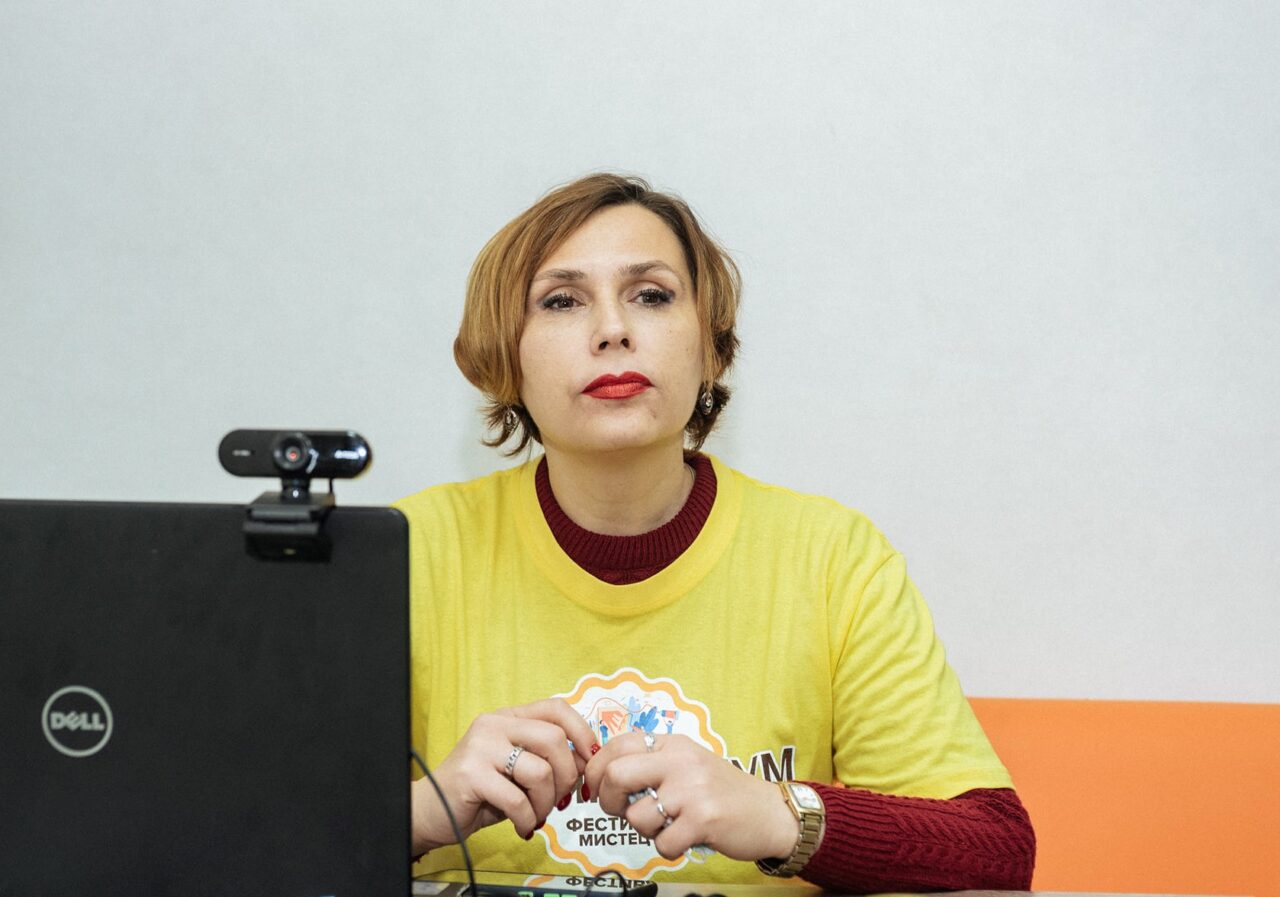 The director of the cultural department of the military-civilian administration and of the “7th Story” student theater in Sloviansk, Maryna has often taken courses on the side. Still, the Civic Leadership Academy was a real breakthrough for her

With nearly 20 years’ experience in the civic sector, Maryna Oliynyk is convinced that you can never stop improving yourself. “You need to keep learning in order to maintain a competitive advantage,” she explains. For her, the Academy became both a platform for professional growth and an experience that has allowed her to move beyond the limits of Sloviansk and find like-minded people in other oblasts.

One of the features of the Academy is the formation of coalitions among students from different cities. “When they suggested that we join forces, I couldn’t understand how to do this,” Maryna recalls. “It’s not very easy to understand who’s who, when you see people only on a screen.”

What helped select colleagues was a discussion about the challenges facing different cities. An activist from Soledar talked about the fact that his city had no space where young people might get involved in music. “I then heard something that resonated with me: young people, music, culture,” Maryna says. “And I decided I wanted to form a coalition with him.”

And so it started with two people. Later, Maryna invited four more people from Donetsk, Luhansk, Kherson and Dnipropetrovsk Oblasts to join them. And that’s how the Salt Boom coalition came to be.

From idea to action

“Getting together is one thing, but starting to work on an idea is a very different matter,” smiles Maryna. The coalition decided to begin organizing and running a Salt Boom art festival. Maryna points out that precisely because of the support they got from one of the coaches, Yulia Medviedieva, they were able to accomplish what they had set out to do: to put together and defend their project. “We had a few meetings, which meant we went to defend the project both motivated and prepared,” says Maryna.

Thanks to the coach and to what they had learned at the Academy, the team was able to organize their idea more effectively and distribute responsibilities among themselves. One person handled finances, another handled the media, and a third worked on the program. But because the festival was slated for Sloviansk, where only Maryna lived, the main part of the work of getting things arranged fell to her in the end. “It would have been a lot simpler if we were all from the same town,” she admits. “But each of our coalition members has unique experience, so they were all able to bring something new to Sloviansk.”

The result of this joint work was a five-day festival called the Salt Boom art residency, where artists from all corners of Ukraine joined forces to make something together. “This was a great experience for both me personally and for the city,” says Maryna. “I’ve started calling the festival my second child!” After their successful launch in Sloviansk, the team that was formed at the Academy wants to make the Salt Boom an annual event. The purpose is to gradually show the east to other regions of Ukraine and to “stitch” the country into a single whole through culture and common actions. Next year, the festival will take place in Soledar.

Working in a group was also a memorable learning experience for Maryna. “We’re all natural leaders and managers, all of us have plenty of experience under our belts,” she notes. “So when it’s time for us work together to tackle an objective, it’s very interesting to observe how each of us behaves.” For her, the most valuable benefit of the Academy was the opportunity to connect with members of other NGOs.

Maryna also thinks learning about gender approaches and communication was especially important. It was the first time she had listened to the module on gender issues in community work and says that this was a real surprise for her. “I never had anything to do with gender approaches in the civil sector, so it was very useful for me to hear this,” Maryna says.

But the training in communication was a real breakthrough for her, because in the past she had only provided information to journalists when asked. At the Academy, she first began to really understand how to invite the press, how to make such events interesting for them, and how to work with journalists on an ongoing basis.

Maryna is very glad that, even though the course has ended, the contacts she made are still active. She often bumps into her fellow “Academics” at other learning events. This creates a feeling that she knows people everywhere and that it’s possible to do something original with people whom you already know and trust. In addition, this continuing self-development keeps her in form and helps her demonstrate to the community that she’s not just treading water. “The Academy was the discovery of the year for me,” Maryna concludes. “I’ve already been able to apply what I learned both in the civil and in the public sector.”