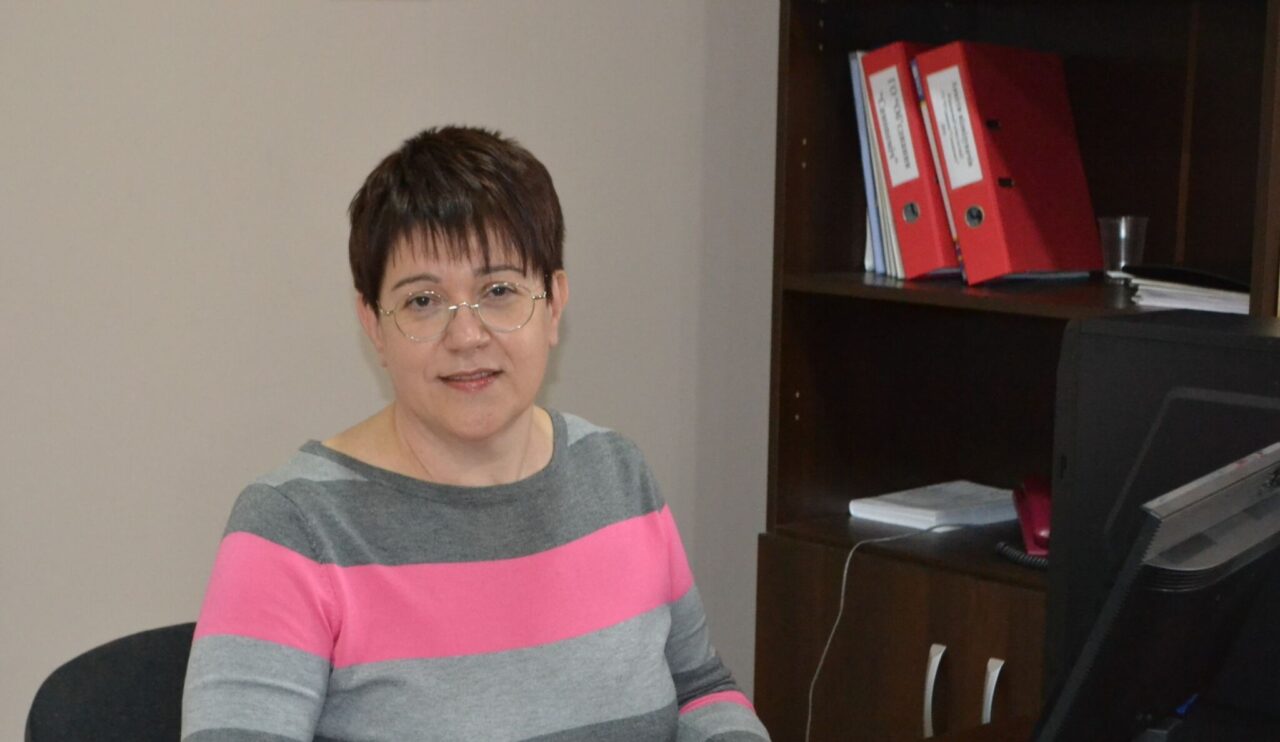 After her stint at the Civic Leadership Academy, Liudmyla Absava ran the first ecofestival called Kherson Zero Waste for the first time in her life. Right now, she’s preparing an advocacy project to get the city of Kherson to start instituting the European principles of “zero waste.” The City could become one of the first Zero Waste Cities in Ukraine.

For Liudmyla Absava, who runs a community organization called “Global View,” focusing exclusively on environmental issues and setting such ambitious goals for herself in this area is something new. Until not long ago, she worked with young people on a number of issues: human rights, inclusiveness and environmental awareness. But after participating in various events at the Academy, she understood that this was the one area she wanted to focus on. “The Academy pushed me to deepen my knowledge specifically in this area,” Liudmyla says, “and to spread these ideas in our city.

Indeed, the first major step to promoting such ideas in Kherson was holding the Kherson Zero Waste ecofestival. It was organized by a coalition called “Ecofriendly_I” that came together during the course at the Academy. Even though the pandemic forced the festival to be postponed several times, in the end it did take place—and in the format that the coalition team had envisioned it.

The festival involved five sites based on the 5R zero waste movement: refuse (the superfluous), reduce (the necessary), reuse, repurpose, and recycle. Those who attended were able to learn more about the processes at each site, to participate in master classes, and to win eco-gifts. For the first time, it was here that the signatures of Khersonites were collected on a petition to have their city join the international Zero Waste Cities program.

During the four hours of the festival, more than 400 people went through all of the 5R zero waste sites. This was far more than the activists had expected. “Members of the Zero Waste Lviv NGO joined us at the festival and they could see for themselves that we’re pretty serious about what we’re doing,” says Liudmyla. “Thanks to this, we are now part of the Zero Waste Ukraine Alliance and we have no intention of slowing down.”

One aspect of the festival that meant a lot to Liudmyla Absava was that it brought together all the generations, from the youngest to the oldest. What’s more, it was supported by both medical professionals, who set up a medical waste disposal site, and representatives of local businesses, who shared their own practices. The festival coordinator was herself quite surprised: “We never thought that we would get this kind of support: civic organizations and initiative groups showed up, not only from Kherson, but also from nearby communities.”

A shower of gifts

The festival was one result of studying at the Civic Leadership Academy. Liudmyla applied because she loves to keep learning. Having experience teaching, studying abroad and managing large projects, she says that she was still impressed by the way the teaching was organized at the Academy. “Supposedly we’re all educated, we’ve completed a lot of projects and seen a lot, but here I gained so much that was new,” she admits.

She calls her Academy experience a “shower of gifts.” Why? Because her coalition “Ecofriendly_I” received a grant to hold the ecofestival in Kherson, her NGO was given a communication voucher to set up an identity and brandbook, and Liudmyla herself was provided with individual coaching after the Academy course finished. “This kind of support, including funding and coaching, has given us the resources to develop further even after we finish at the Academy,” she says.

Life after the Academy

Forming the Ecofriendly_I coalition and running the Kherson Zero Waste Festival inspired the team to start an advocacy campaign to get Kherson to join the international Zero Waste Cities program and get the necessary certification. “The Academy made me understand that you can’t just depend on activists and volunteers,” says Liudmyla. “It’s all fine and well that we want to do everything ourselves, but we need to also press the government to provide the necessary conditions and not get in the way.”

The team has already started working on the advocacy project and understands that this is a long-term plan. They need to develop the criteria for the city, train the executors, and launch a large-scale public awareness campaign, all of which needs plenty of time and patience.

“The impulse to do this came from the Academy,” says Liudmyla. “Without it, there wouldn’t have been our ecofestival. We wouldn’t have had the idea to get Kherson to become a ‘zero waste city.’ What’s even more important, even after we finished the course, we haven’t said good-bye. The process has gone ahead, it’s stable, and it continues.”