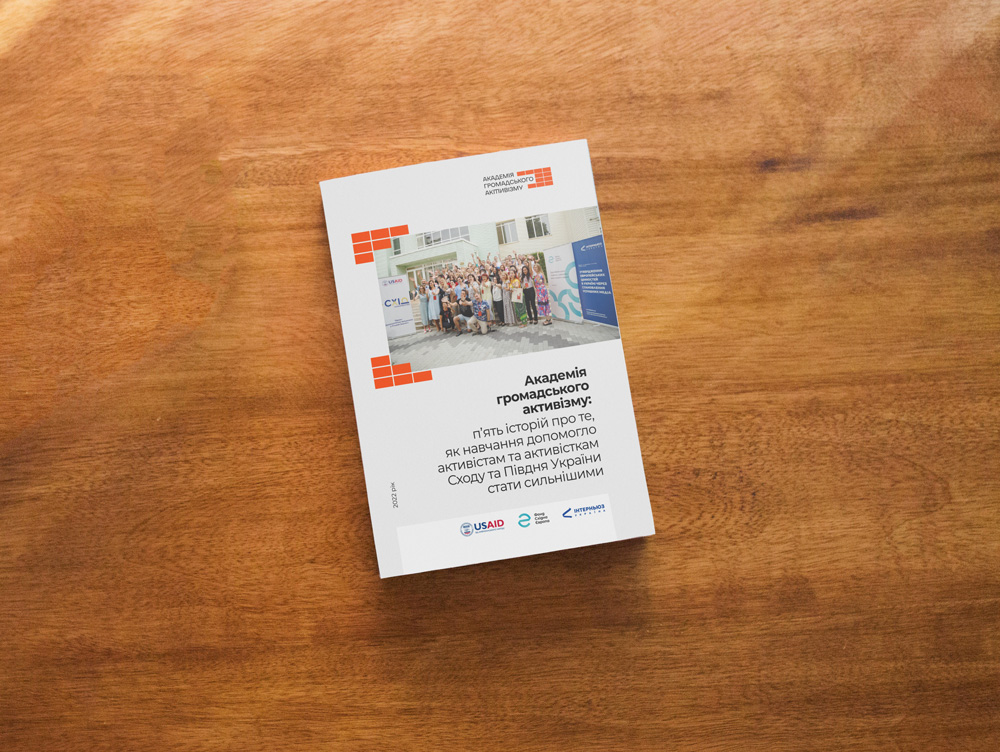 This material was produced by the East Europe Foundation under the Civic Leadership Academy program, which is being jointly implemented with Internews Ukraine, with support from USAID’s Democratic Governance in Eastern Ukraine project. The opinions and conclusions expressed in this paper are not necessarily those of the East Europe Foundation, USAID or the Government of the United States of America.

Civic Leadership Academy: Five stories about how activists in Eastern and Southern Ukraine are growing stronger

The Revolution of Dignity and the war in the Donbas have underscored just how important a role civil society plays in Ukraine. On one hand, those tragic events spurred the establishment of many powerful new civil society organizations (CSOs) across the country. On the other, they showed up the weaknesses that still need to be worked on.

For instance, among government institutions, unified territorial communities or UTCs enjoy one of the highest levels of trust among ordinary Ukrainians. However, the institutional capacity and professional development of specialists in this sphere need real improvement.

This is felt very keenly in eastern and southern Ukraine. With the start of the war, many community activists simply abandoned these regions, while new organizations are only now beginning to stand on their feet. What’s more, eastern and southern oblasts are being bombarded by Russian and pro-Russian media, which is another factor that stifles local activism.

At the end of 2020, the East Europe Foundation began to implement an annual program whose purpose was to raise institutional capacity among UTCs in Donetsk, Luhansk and Kherson Oblasts, and to foster a higher level of engagement of the local population in resolving problems in their regions. The program ended up being called the Civic Leadership Academy.

A total of 170 local activists were selected to participate in the program. They either already had experience in activism or they had plans to engage in it. The comprehensive 6-month program covered thinking strategically, using e-democracy instruments, managing projects, communicating, working in advocacy, and many other skills. In addition, students at the Academy learned how to join forces, form coalitions, develop joint projects, raise funds for such projects, and generally bring ideas to life.

In this way, we hoped to develop serious community assets in eastern and southern Ukraine: leaders who would continue to unite people to resolve social issues, establish dialog within communities, and embody democratic values.

How did it turn out? Read the stories of graduates from the Academy program and judge for yourselves.