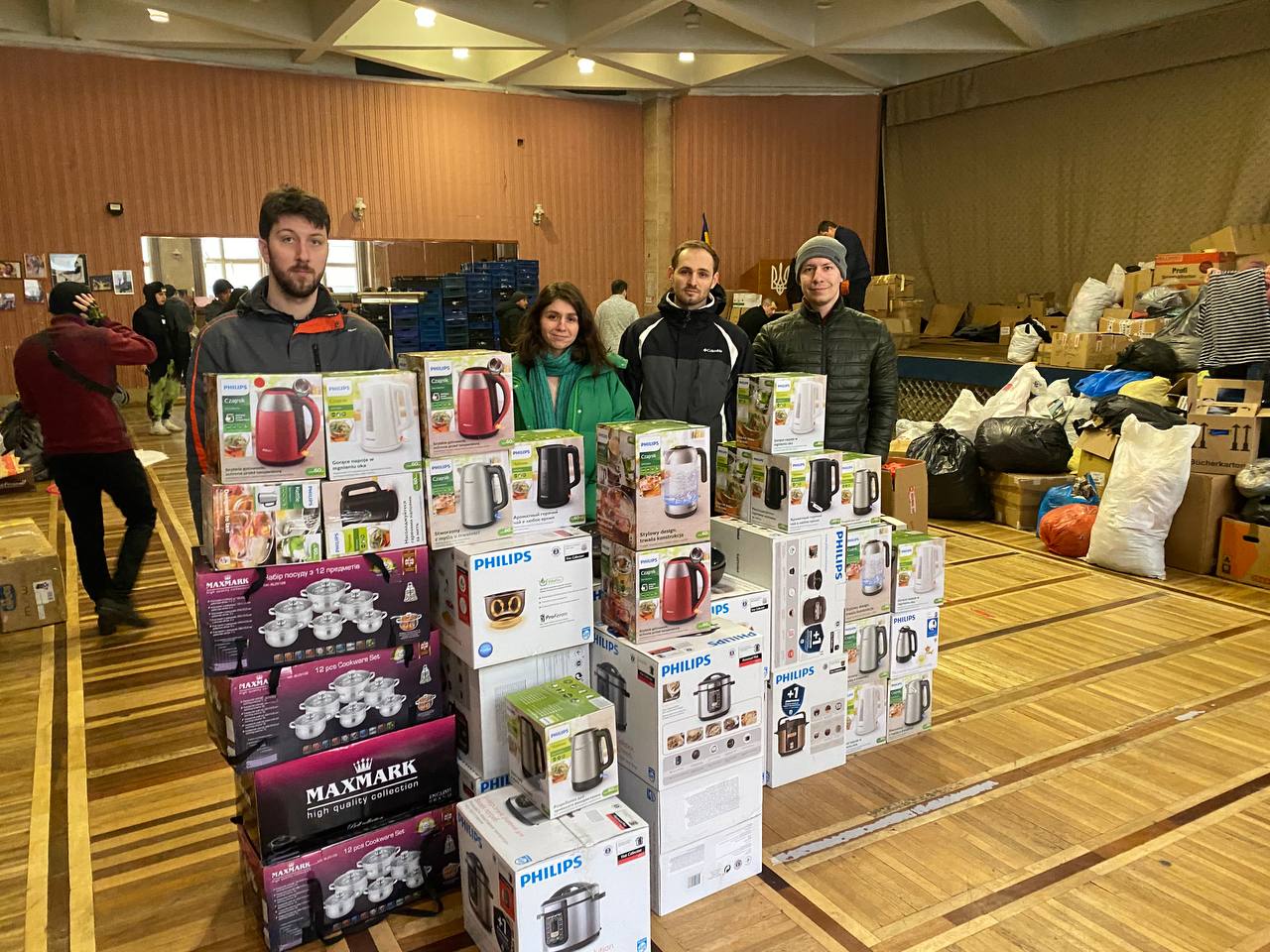 Working through its network of over 500 local partner non-governmental organizations, East Europe Foundation has launched Shelter Project to build community relief and resilience and provide emergency support to those who most need it.

Since the beginning of the war, East Europe Foundation started providing assistance to people who have been forcibly displaced, as well as those remaining in besieged cities and suffering from the hostilities.

We have managed to help almost 65 000 Ukrainians under the Shelter Project. Thanks to the organisations and private individuals from Ukraine and around the world, we supported 30 shelters for internally displaced persons in nine oblasts of Ukraine, ensured comfortable conditions for at least 4 946 internally displaced people, including 1 336 children, and also delivered a total of 217 tons of humanitarian aid to 15 oblasts of Ukraine, namely food, clothing, household chemicals, and personal hygiene products.

Institutions and individuals from different countries have eagerly responded to the Shelter Project. Funding has been provided by the European Union, Eurasia Foundation, Europe Foundation Georgia, CNFA Europe, The Center for Liberal Modernity (LibMod), The King Alfred School Society, Two Degrees ApS, Brücke der Hoffnung, Stiching Derdengelden, the retailer Eldorado, and private individuals. The University of Murcia (Spain), Polish partners, retail chains in Slovakia, the Czech Republic and Ukraine, Lviv Regulatory Hub and other organisations provided humanitarian cargo. Also, we are grateful to people and institutions that have supported the fundraising campaign and helped disseminate information about the project.

Find out details about the results we have achieved under the Shelter Project in the report by reference.