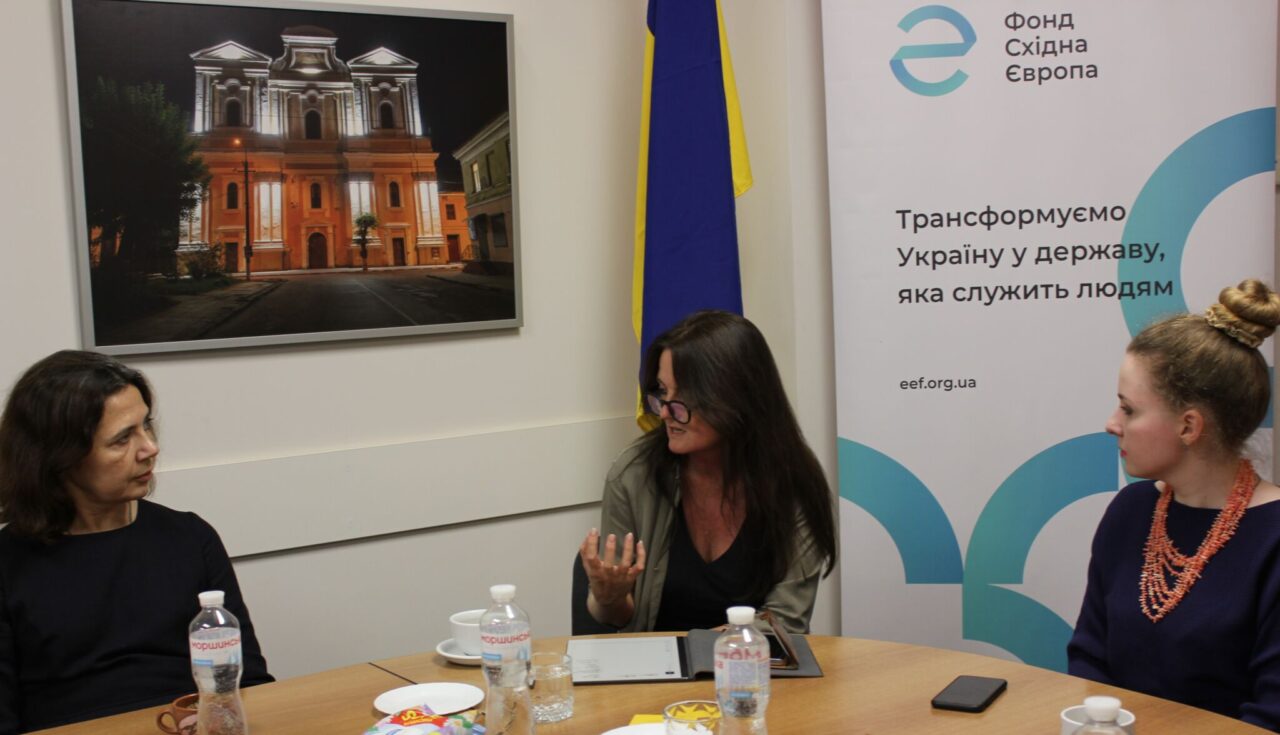 A few days ago, EEF team met our partners Mike de Villiers from ERIM and Maria Dahle and Daiva Petkeviciute from Human Rights House Foundation in Kyiv. Together with our guests, we also visited our partner CSOs of Chernihiv and Chernihiv oblast and Vinnytsia.

According to the guests, they were impressed by the programmes implemented by EEF in Ukraine, and even more by the strength and optimism of representatives of CSOs they visited. They witnessed the scale of damage russian aggression brought as well as the first results of partners’ projects implementation.

Maria and Daiva met the residents of Human Rights House Chernihiv and felt the creative approach and care, with which it is being furnished, and how they plan to support and develop their community.

Also, the Foundation team with Mike, Maria and Daiva visited the village of Yahidne in Chernihiv Oblast, where the occupiers held the local residents captive in the basement of the local school, and they themselves lived above the hostages until March 30.

Foreign colleagues saw the damage to the schools of the city of Chernihiv and examined the local polytechnic school, pierced by shells. After that, they visited a kindergarten that needed help with setting up a shelter. Mike went outside Kyiv for the first (after his more than 10 trips to Ukraine) and spent a few days with Stiykist’ Programme team. The Programme is being implemented by EEF in consortium of organisations led by ERIM. The Programme is funded by the EU.

Mike is now planning the subsequent projects focused on sharing the experience of Ukrainians that they gained in such complicated circumstances with the rest of the world.