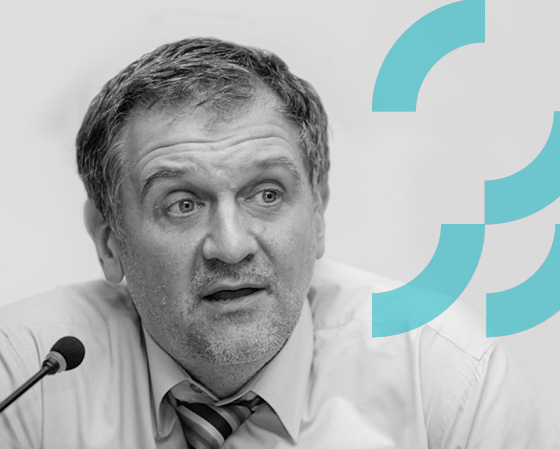 A PhD in history, professor at NUKMA’s Department of Political Science, specializing in 20th and 21st century Ukrainian history with a focus on trilateral relations among the EU, Ukraine and Russia, and on comparative politics between Ukraine and other European countries.

In 1991–2 organized the Faculty of Social Studies and became its dean at the National University of Kyiv-Mohyla Academy. In 1993–4, headed the Department of Political Science, and was promoted to professor in 1998. In 2002, founded the School of Political Analysis at NUKMA and is currently its director of research.

Has repeatedly lectured abroad at Harvard, Berkeley and Stanford Universities, the Carnegie Endowment for International Security, the RAND Corporation, the Brookings Institution, and many more. His analytical briefs have been printed, among others, by the Kennedy School of Government at Harvard, the Center for Strategic and International Studies (CSIS) in Washington, and the Federal Institute of Eastern European Studies in Cologne.

Participated in the founding of the Day (Den’) newspaper and has been the Eurasia Foundation’s regional vice president for Ukraine, Belarus and Moldova.