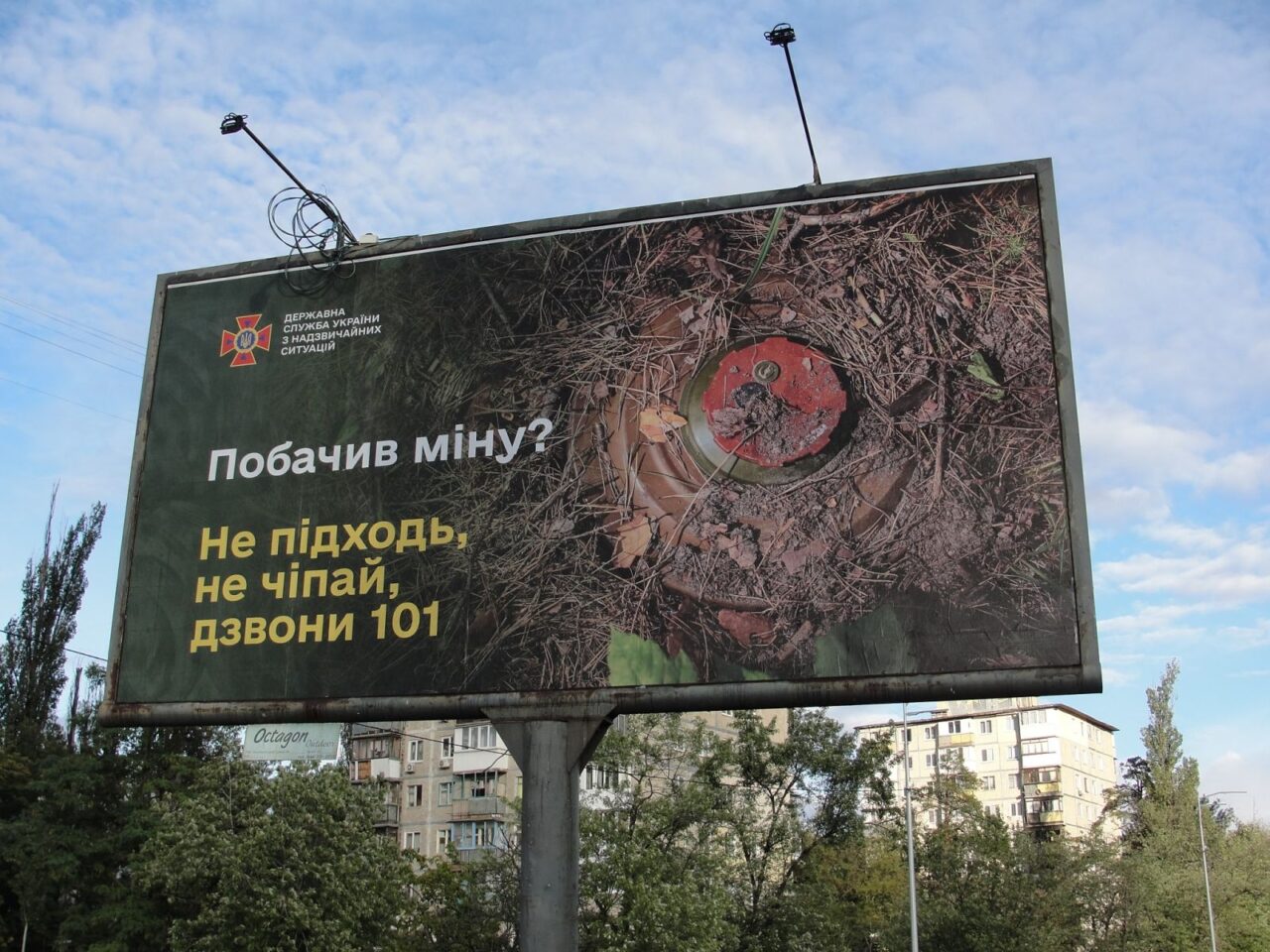 Starting from September, 2022, the cities of Kyiv and Sumy regions saw information posters about landmine safety. They are placed within the framework of the joint project of East Europe Foundation and the State Emergency Service of Ukraine and are intended to communicate the following message to as many people as possible: “Did you see a landmine? Don’t come near, don’t touch it, call 101.”

This simple, but important sequence of actions should be known and understood by everyone in Ukraine. The Russian enemy leaves behind explosive ordnance in the most unexpected places. Therefore, it is imperative to be careful and prudent.

More than 100 billboards will be placed in cities and towns across Ukraine as part of the campaign to remind citizens about landmine safety. Posters depict different types of explosive ordnance: Anti-personnel, anti-tank, artillery mines, cluster munitions and booby traps.

Stories about how the enemy mines children’s toys, unfortunately, are no longer surprising. But they should always be remembered by adults and children. Outdoor advertising helps Ukrainians to notice danger in time and clearly understand what should be done when explosive objects are found.

According to current official data, about 185,000 square kilometers of Ukrainian territory remain potentially dangerous as mine contaminated areas.

The information campaign was developed as part of the Watch Your Step! Program, which is implemented by East Europe Foundation and the State Emergency Service with funds from DanChurchAid.